Noteablelists
What is a Tantrum and Outbursts?

“A tantrum, temper tantrum, meltdown or hissy fit is an emotional outburst, usually associated with children or those in emotional distress, that is typically characterized by stubbornness, crying, screaming, defiance, anger ranting, a resistance to attempts at pacification, and, in some cases, hitting, and other physically violent behavior“. 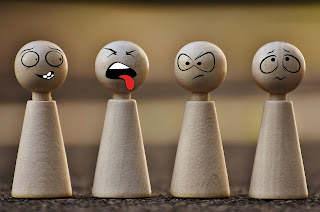 How to deal with tantrum?

Tantrum is the outcome in most cases when children feel angry and frustrated and don’t know how to deal with these emotions. A Parent can help in such situation by showing empathy. Explain to the child in calm and firm tone what is expected of them.

Some people who have neurological disorders like autism and ADHD are more prone to temper tantrums. In this case it’s not dependent on age factor.

Toddler tantrums when to worry?

Tantrums in children who truly have mental health issues are different from healthy children tantrums. Tantrum red flags worth looking into and may signify an underlying disorder are:

You can take the child to a pediatric neuropsychologist or a Child psychologist for full evaluation.
Your child has tantrums, you are not alone. Seven out of 10 18- to 24-month-old toddlers throw tantrums. And more than three-fourths of 3- to 5-year-olds have tantrums.

Eat These Food | Get Nourished And Hydrated Skin

Sugar cravings and Tips to control them