Noteablelists
Cinnamon is an aromatic spice extracted from bark of a tree called Cinnamomum. The smell and taste of cinnamon is due to cinnamaldehyde. It is responsible for cinnamon’s powerful medicinal properties known to mankind since ages.

Cassia vs Ceylon Cinnamon: What are they? and Which Is Better? 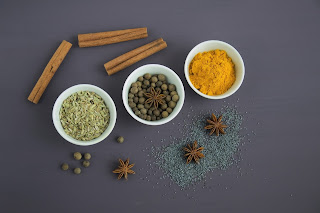 Cinnamon can help you in curing acne and pimples on the face. Combine honey and cinnamon in 3:1 ratio. Apply the paste on the affected areas and wash with normal water after some time.

Smelling cinnamon regularly helps the cognitive ability and memory of the brain.

Cinnamon is known for its blood sugar lowering effects. Cinnamon can lower blood sugar by behaving similar to insulin. So it increases body insulin’s capacity to move blood sugar into cells.

Cinnamaldehyde, an active component of cinnamon, helps to fight infections.

The essential oil found in cinnamon can naturally combat bacteria in the mouth acting just like a natural mouthwash.

Essential oil extracted from Cinnamon is also used in beauty products, shampoos, and perfumes. This is due to many health benefits that help in fighting with infection. Pleasant smell is another reason.

9. Can Be Used as a Natural Food Preservative:

Less known but useful benefits of cinnamon is that it can be used to preserve food. Since it has anti-bacterial abilities and is an antioxidant, it can be used as a preservative in many foods without the need for chemicals and artificial preservatives.

Cinnamon is a common spice allergy triggers. In some people breathing, eating, or touching the spice can trigger an allergic reaction. Hence medical advice should be taken in such a case.

Do we have another spice which is as delicious and healthy as cinnamon? Let me know in the comments.

Top 10 Reasons To Cook At Home

Ways to recover from your expenses after holidays

5 Best Foods that Helps you get a Sound Sleep