Noteablelists
If you study or follow astrology, you’ve most likely invested a decent time reading about the positive qualities of your sign. Studying and reading about the dark side of each zodiac sign, which includes the fear that is associated with them, can make astrology a more helpful thing for everybody. 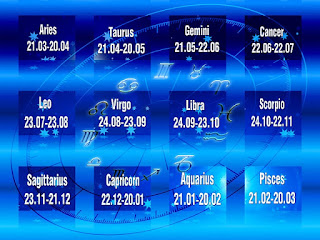 Let us take a quick insight into what makes each and every Zodiac go weak in their knees.

The biggest fear for an Aries is that they will do something which can cause to lose a friend in the process. They are ready to go long in a relationship and when they can’t establish one, they feel like they have lost and failed to maintain a good relationship, which scares them the most. They will find themselves in a confused and typical situation when their loved ones leave.

Taurus are always scared and have a fear of going short on resources. They like to be financially strong, Taurus protects their money and fights off debt thinking of it as a plague. They totally rely on the resources and they want to be stable and secure in life.

Gemini’s greatest fear is failing to meet your or their own high expectations. They want to give the perfect shot in everything they do and this is the thing which makes it difficult for them. The fear of imperfection drives them crazy.

Being unlovable is Cancer’s greatest fear, yet their fears are grounded. They are emotionally sensitive people which in turn makes them very passionate, kind and humble. But sometimes the fear of rejection scares them and shake them up.

Fear of being unnoticed is the thing that the attention-loving Leo fears the most. They love the attention of standing out from the group or crowd. The lion’s greatest fear is fading into the group. Leos appear to be very confident, skilled and put-together. But though they may not let it show, they have a great fear of having their dedication, hard work and skill go unnoticed.

Fear of chaos is Virgo’s greatest dread. Virgos are afraid of getting sick, and they can watch their body fail. That’s what scares them the most. Being precise and composed is key to this their joy, while the state of disorder and confusion frightens them.

Being ugly or unattractive is Libra’s greatest fear. As an admirer of everything delightful, charming, beautiful and in harmony, for Libra unattractive is scary, particularly when this zodiac sign discovers it in themselves.

Powerlessness & vulnerability are the greatest fears for Scorpio, since they need to be viewed as intense and composed in front of the world.  They have the knack of hiding their emotions from everyone and if these emotions surface, a Scorpio believes, it will render them powerless. This thought can be a cause of their sleepless nights.

Being caught is the thing that Sagittarius fears; not really physically, but rather emotionally, financially, professionally, romantically, and so on. They savor their freedom and getting bogged down or tied down by anything or any responsibility can really scare them off.

Capricorn’s greatest fear is rejection. It is found that social uneasiness or anxiety is normal when people feel embarrassed about something important to them and will probably hide it out of a fear of rejection.

Aquarius greatest fear is losing their essentialness. Aging, losing health, and losing the vitality that they once had scares them the most. Aquarius can find help with their fear by grappling with old age and mortality, and by accepting that taking others’ help can sometimes prove useful.

The mere thought of loss of their loved one will send the extremely sensitive Pisces into shock and fear. Their fear of the deep emotional pain of their loss can prove to be more intense than any other signs since they also doubt their capacity to deal with pain.
Do you think you can overcome the fear as per your Zodiac? Or you can deal with it in some way or the other. Fear is a feeling that can be overcome if we have the power to control our response to different situations. Try to change your thinking of your fear, you might change your perception towards it! Read also Horoscope Chart that is based on the configuration of the Zodiac Signs.
previous post

6 Benefits of Having a Clean Environment

Why We Need a Psychologist?

Green Living At a Hotel in Naraina

Keto diet – Things to know before you try it.

Best PLACES TO LIVE IN DUBAI with Family AS AN EXPAT